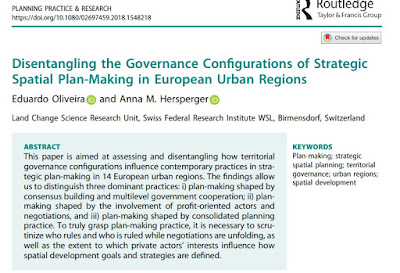 at November 22, 2018
Email ThisBlogThis!Share to TwitterShare to FacebookShare to Pinterest

featuring my publication 'Citizen Empowerment and Innovation in the Data-Rich City'. https://lnkd.in/dhsiYSV hashtag#smartcities 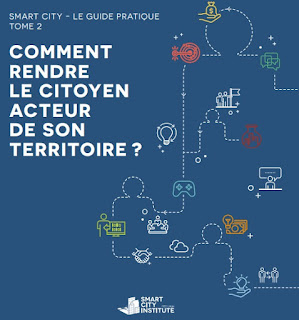 at November 20, 2018
Email ThisBlogThis!Share to TwitterShare to FacebookShare to Pinterest

at November 16, 2018
Email ThisBlogThis!Share to TwitterShare to FacebookShare to Pinterest

Abstract
Strategic spatial plans are planning tools aimed at steering the medium- to long-term spatial development goals of urban regions. Whilst there is some consensus regarding the objectives of strategic spatial plans, it is less clear as to how strategic spatial plans are conceived. Specifically, the literature has scarcely investigated how governance configurations impact strategic spatial plan-making processes. Hence, through in-depth interviews with regional planning experts, as well as document analysis and a literature review, this paper is aimed at assessing and disentangling how territorial governance configurations influence contemporary practices in strategic plan-making in 14 European urban regions. The findings allow us to distinguish three dominant practices of strategic plan-making across Europe: i) plan-making shaped by consensus building and multilevel government cooperation; ii) plan-making shaped by the involvement of profit-oriented actors and negotiations, and iii) plan-making shaped by consolidated planning practice. In addition, the findings also show that plan-making processes have increasingly being co-opted by dominant neo-liberal agendas. We, therefore, argue that, to truly grasp plan-making practice, it is necessary to scrutinize who rules and who is ruled while negotiations are unfolding, as well as the extent to which private actors’ interests influence how spatial development goals and strategies are defined. The paper contributes to the expansion of current knowledge by providing empirically based evidence of how strategic spatial plans are framed and shaped by place-based governance configurations.

Governing for resilience in vulnerable places

Governing for Resilience in Vulnerable Places sets out to provide a multidisciplinary overview and critical reflections on the ways in which the concept of resilience and the virtues of resilience-thinking have been addressed in various governance and spatial planning settings. This is an ambitious quest; however, I concur with the editors that it is crucial to offer empirical evidence to researchers and students, as well as practitioners, in order to foster a better understanding of resilience as entailing more than simply an urban planning metaphor. 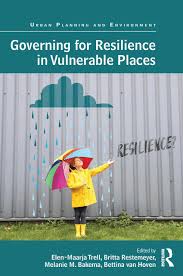