The boom of online and out-of-town shopping offers, store closures, shrinking footfall and how to overcome the High Street’s crisis fatalist narrative 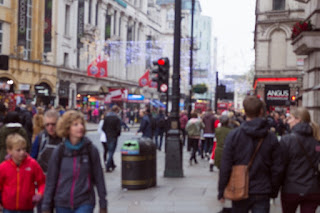 Introduction
Several media channels have recently proclaimed the ‘death’ of UK High Streets or have been reporting store closures with job losses and economic fallout making the headlines. There have also been a number of expert reports, policy documents and research projects highlighting lower footfall and decline of in-store sales in recent years as casting a shadow of doubt over the High Street’s vitality. For instance, the Springboard UK 2017 Footfall Review reports that footfall has decreased every year since 2013 and in the last 10 years has fallen by 17%. The Grimsey Review 2, published just after the 2018 Local Government Association Annual Conference in Birmingham, reveals that since 2014, chain retailers have shut more stores than they have opened in UK town centres. With regard to store closures, Amir Qamar, a researcher based at the City Region Economic and Development Institute (City REDI) of Birmingham Business School, reflects on the main reasons why Marks and Spencer could be the latest major retail chain to collapse as the result of a continuous retail crisis which has also witnessed the failure of the budget retailer Poundworld and the imminent downfall of the restaurant chain Gaucho.

Knowing why it’s happening
Some of the challenges fuelling the decline of footfall and dwell time in High Streets and town centres have been framed by City REDI’s Professor John Bryson as waves of creative destruction. Professor Bryson says that High Streets have always been in a continual process of change and adaptation, and so transformations in the retail sector and on the High Street are always to be expected. The development of out-of-town shopping centres and expansion of the online retailing offer represent some of those changes. Researchers from the Institute of Place Management at Manchester Metropolitan University, within a pioneering project entitled High Street UK 2020 funded by the Economic and Social Research Council, complement this by arguing that local decision-making by city councils, retailers and the retail property industry must also be held accountable for the downfall of High Streets. Changing consumer behaviour driven by technology, along with an outdated business rates system, austerity measures and uncertainty around Brexit, have also been identified as factors undermining the profitability of High Streets. Determining these factors is important for the preparation of policies aimed at securing healthy and people-oriented High Streets.

High Streets as a priority
In 2010, the future of the High Street re-emerged as a political priority for the British Government, with the publication of The Portas Review. Since then, various government initiatives have been introduced to support the aim of ‘ensuring the vitality of town centres’, which is enshrined within the recently-released revised National Planning Policy Framework. The UK’s Ministry of Housing, Communities & Local Government and the Future High Streets Forum have been developing several joint initiatives intended to support and champion best practice on High Street management. Another interesting initiative is the Great British High Street competition 2018. This initiative will not only make awards to the best High Streets across England, Wales, Scotland and – for the first time –Northern Ireland, but will also recognize those taking a lead in working together to restructure local High Streets and offering activities to keep the catchment area purposefully engaged.

High Streets are sources of experience
Besides an economic function, High Streets support diversity, social interaction and cultural exchange. They are key components of civic and community life allowing visitors, tourists and permanent residents to mingle and meet in one place, and they enable immigrants to integrate within a city’s economy. We must all remember that eating, drinking, face-to-face socializing or ‘chance encounters’, as City REDI’s Professor Bryson puts it, cannot be experienced online. We should also not forget that High Streets must be perceived as ‘places’ and so as sources of social memory that carry the sense of community from the past to the future. High Streets must be used to celebrate a local community and thus be managed as vibrant places offering unique experiences which cannot be as vivid in out-of-town retail areas. Shifting away from the fatalist narrative
News media will probably continue to share other examples of stores closing and the consequent collapse of the High Street. And so, what should we all do? Should we passively witness the decline of an urban asset that has played a key role in boosting place identity and is part of the memories of many? How we can secure bustling, engaging and vibrant High Streets? In my view the answer is ‘all together now’ and through ‘High-Street sensitive policies’: this means managing and promoting High Streets not just as shopping areas but also as sources of experience and excitement, which would imply spatial planning reforms supporting mixed uses other than retail, namely residential and leisure. For this to happen, property owners, combined authorities, city councils, spatial planners, retail experts, policy makers, communities’ associations and all of us – the city dwellers – must be involved.

Stakeholders must tailor the High Street’s retail and activities offer towards what customers want and thus design their policies based on knowledge and evidence gathered, for instance, from footfall datasets or consumer-patterns studies.
A recent study shows that Millennials still prefer to shop in-store rather than online, despite the High Street’s woes. High Street management strategies must also be place-based and adapted to the catchment area. Another study has found that late-night shopping is the most popular High Street initiative among shoppers, followed by family and community-focused events and seasonal parties.

Some city councils across the UK have been adopting a knowledge-based policy making process to deliver an economic and socially sustainable High Street.
Following policy recommendations in the Grimsey Review 2, the City of Wolverhampton Council, a local authority in the West Midlands, is to establish a commission to further develop its strategic vision to reshape its High Street. The city council has been working with various Business Improvement Districts to develop new ways of increasing visitor footfall. This includes major events like food festivals and street markets.