at October 31, 2012
Email ThisBlogThis!Share to TwitterShare to FacebookShare to Pinterest

Interesting calling us PIIGS, at least puts Portugal as the 1st of the PIIGS


at October 29, 2012
Email ThisBlogThis!Share to TwitterShare to FacebookShare to Pinterest

We are top story in place branding

at October 26, 2012
Email ThisBlogThis!Share to TwitterShare to FacebookShare to Pinterest

Lonely Planet’s annual list of the best cities to visit in 2013 has named Amsterdam as one of the top 10 best cities in the world.
The Lonely Planet has put Amsterdam number two on its list of the 10 best cities to visit next year.
San Francisco takes the top spot thanks to its hosting of the America’s Cup next year. In third place is the Indian city of Hyderabad. This city is known for its historical center. Derry/Londonderry and Beijing rounding out the top five.
Amsterdam owes its second place after San Francisco probably because of the celebrations of the 400th anniversary of the Amsterdam canals next year. The reopening of the Rijksmuseum could also be a reason.
The annual Lonely Planet lists are compiled based on the views of the company’s staff, writers and online community. Lonely Planet said that the choices are not based on where travellers are already going but rather are “our pick of where we believe travellers really should consider visiting in 2013.”
Lonely Planet said that destinations make the list for a variety of reasons, including special events, recent developments or buzz, or that the destination is up-and-coming and worth visiting before the crowds get too big.
Lonely Planet’s top 10 cities to visit in 2013
1. San Francisco, US
2. Amsterdam, Netherlands
3. Hyderabad, India
4. Derry/Londonderry, Northern Ireland
5. Beijing, China
6. Christchurch, New Zealand
7. Hobart, Australia
8. Montreal, Canada
9. Addis Ababa, Ethiopia
10. Puerto Iguazu, Argentina
Top 10 countries to visit in 2013
1. Sri Lanka
2. Montenegro
3. South Korea
4. Ecuador
5. Slovakia
6. Solomon Islands
7. Iceland
8. Turkey
9. Dominican Republic
10. Madagascar

http://www.dutchdailynews.com/amsterdam-and-san-francisco-named-worlds-best-cities-to-visit/
at October 24, 2012
Email ThisBlogThis!Share to TwitterShare to FacebookShare to Pinterest

Summary of Discussion Papers uploaded to our web site week ending 21/10/2012 (for details see below).
at October 23, 2012
Email ThisBlogThis!Share to TwitterShare to FacebookShare to Pinterest

The world's most difficult countries to travel through

View more entries from The Backpacker

Bureaucratic nightmares ... Russia is a tough country to travel in. Photo: Reuters
Some people like a challenge. They’re the type who’ll order the spiciest curry on the menu just to prove they can hack it, or take a long-term stand on an issue against all reasonable logic.

They’re also the type who’ll travel to places others might think of as being just too hard. After all, there’s nothing particularly relaxing about visa hassles, or language barriers, or naked aggression from the local populace.

For some, those factors make a country not worth visiting. For others, it’s just part of the fun.

If you’re up for the challenge, here – with the help of a few adventurous readers, and putting aside war zones like Iraq and Afghanistan – are my picks of the hardest countries in the world to travel through.

Russia
Simply scoring a visa is a bureaucratic nightmare on par with passing government legislation. Then once you’re in, the locals can be stand-offish at best, and as reader Heath says: “Trying to navigate your way around Moscow on foot with the trusty Lonely Planet that has the street names in English, and the Moscow street signs are in Cyrillic, proves to be especially unhelpful.”

Japan
One of my favourite countries in the world, but for the uninitiated, also one of the most difficult to negotiate. For starters, the addressing system makes finding your way around without assistance almost impossible, plus you’ll struggle to ever find a menu in English, and the dual-company Metro system is a head-scratcher. Lucky the locals are so nice.

Iran
Says Robert: “There's almost no tourist industry outside of group package tours, the script is impossible to decipher unless you know Arabic or Farsi and there are very few signs in English. But the main reason it's so difficult to get around is the Iranians never let you do anything for yourself – before you've had a chance to speak some Farsi or find your own bus, some kind soul has asked after you, introduced himself, bought your bus ticket and offered you his spare bedroom.”

USA
Relative to some of the above-mentioned countries, travel through the States is a piece of cake, but OTT visa laws and airport feel-ups warrant it an entry. American people are as friendly as you could hope for, but just making it out of the airport to meet them is an ordeal.

Morocco
Don’t like being hassled while you travel? Steer clear of Morocco. Says Carl: “You haggle for and are hassled for everything and can easily get in very difficult (and shady) situations. We had one kid lead us deep into a medina and then left us there when we refused to pay the suddenly inflated price for him to guide us around. Then you put in the inevitable bowel issues and it’s all on.”

Burma
I think Bruce sums it up best: “You can travel anywhere the Junta will allow – which isn't much. For example, the road from Mandalay to Taunggyi is open to tourists, but they must take either an ‘authorised’ night bus or a day taxi. I wanted to take the day bus, [but] the owner told me he had been instructed not to take tourists – the Junta wouldn’t give him a permit. If I wanted to stop along that route, I could not proceed off the main highway without a permit, which is unbelievably difficult to obtain.”

Brazil
I don’t know why, but I seriously struggle with Portuguese, which is an issue in Brazil, where English speakers are rare. There are also the huge distances you’ll need to cover to get around, plus prices are surprisingly high, and so is the crime rate. Still, with caipirinha in hand and sand between toes, you’ll care little (thanks Greg).

India
The place is insane. One billion people, and they all want to talk to you, or sell something to you, or take money from you, or drink chai with you – or, more likely, do all four of those at the same time. It’s part of the country’s charm, and part of what makes it such a nightmare. It’s a love/hate relationship.

What do you think is the hardest country in the world to travel through?

* Thanks to everyone who contributed suggestions for this week’s list, your help was much appreciated.

Hope you're enjoying the Backpacker blog – there will be a new one published every Tuesday and Wednesday on the Fairfax Media websites. To contact me with any topic suggestions or personal abuse, visit my website, follow me on Twitter, or email me at bengroundwater@gmail.com.


Read more: http://www.smh.com.au/travel/blogs/the-backpacker/the-worlds-most-difficult-countries-to-travel-through-20110614-1g163.html#ixzz29khrig74
at October 19, 2012
Email ThisBlogThis!Share to TwitterShare to FacebookShare to Pinterest

In collaboration with:
Ministry of Culture and Tourism of Turkey /
The Union of Chambers and Commodity Exchanges of Turkey (TOBB)


Background and Objectives
The summit aims to:

Registration
You can easily register by using our Online Registration Form.

General Information
You can easily access all information regarding the conference venue, special offers by our official carrier Turkish Airlines, partner hotels and useful information for conference attendees by clicking here.
at October 18, 2012
Email ThisBlogThis!Share to TwitterShare to FacebookShare to Pinterest

at October 16, 2012
Email ThisBlogThis!Share to TwitterShare to FacebookShare to Pinterest 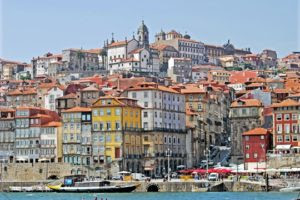