Dubrovnik, Vienna, Prague, Brussels, Berlin, Budapest, Lisbon, Florence and Edinburgh are the next best destinations for a holiday or city-trip in 2012.

We thank all the participants from Tourism Offices, community managers of social networks and the 212.688 voters who have made their choice and influenced the result.

http://www.europeanconsumerschoice.org/travel/european-best-destination-2012/
at March 27, 2012
Email ThisBlogThis!Share to TwitterShare to FacebookShare to Pinterest

Destination Management and Branding in the Mediterranean Region
Sustainable Tourism in Times of Crisis - 19th - 21st  April 2012, Antalya, Turkey
--
Branding the green. How place branding can contribute to the development of the
Northwest of Portugal as green tourism destination

ABSTRACT
Place branding is a practice adopted by cities, regions and countries in the context of intensified competition for resources, investment, residents and tourists. Places, are faced with the effects of globalisation and are challenged by changes in their economic, cultural and social mosaic (Kavaratzis, 2005). Places have long been seeking to differentiate themselves from each other, in order to assert their individuality and distinctive characteristics in pursuit of economic (e.g. increase the tourism revenues), social and political objectives (Kavaratzis & Ashworth, 2010).
Destination branding has gained considerable importance, particularly in recent years (e.g. Morgan, Pritchard & Pride, 2004). The destination brand is described as a powerful tool with the ability to generate experiences and is considered critical to a successful marketing effort in tourism destinations (Leisen, 2001).
Portugal is generally seen as a ‘sun, sea and sand’ destination, attracting international tourist markets (e.g. United Kingdom, Germany, France) very much due to its climate, historical cities and heritage of the discoveries. Each region has his own resources to offer. The Northwest is often associated with the ‘green’ of its natural scenery characterised by the biogeography of the Peneda-Gerês National Park, mountainous terrain of great beauty that provides tourism opportunities (e.g. Vinho Verde, rural and eco-tourism). The region is characterised by small communities and small-scale family businesses providing personalised tourist experiences (Kastenholz & Almeida, 2008). However, the Northwest region, has been facing several economic and social problems due to the relocation of multinational enterprises to low-wage regions. An increasing unemployment rate and less local purchasing power are consequences. To avoid environmental, social and economic degradation of the region as a destination, sustainable tourism development is paramount (Kastenholz & Almeida, 2008). Thus, the following questions are fundamental. Is branding the Northwest as a ‘green’ destination, through place branding theory and destination branding, the right strategy to address the contemporary issues? Is the process of branding an efficient and effective tool to achieve development and to link the regional strategy with the stakeholders?
Developing the enhancing factors of differentiation and competitive advantage (e.g. green landscape), through sustainable actions, the main theme of the conference, could be a strategy to counter economic and social weaknesses.
The purpose of this paper is to clarify the contribution of place branding and destination branding theories, to a brand strategy capable of enhancing the development and competitive advantage of the Northwest of Portugal as a ‘green’ destination.

* With PhD supervision from GREGORY ASHWORTH and GERT DE ROO

While in the Netherlands

at March 23, 2012
Email ThisBlogThis!Share to TwitterShare to FacebookShare to Pinterest 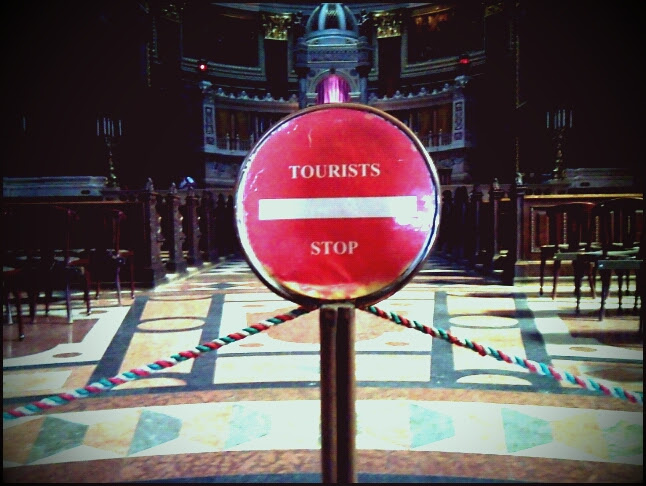 Wednesday 21 March 2012
A Dutch mechanical engineer has succeeded in making a pair of wings which allow him to fly like a bird.
Jarno Smeets has spent months working on his Human Birdwings project and this weekend managed to fly 100 metres after a short run to take off in a park in The Hague.
The 17-metre wings are modelled on the movement and structure of real bird wings and use two Wii controllers plus parts from a WTC smartphone, allowing Smeets to move his arms freely.
'This was the best moment I've ever had,' the engineer, who is inspired by Leonardo da Vinci and his grandfather, said after landing.
at March 22, 2012
Email ThisBlogThis!Share to TwitterShare to FacebookShare to Pinterest

KONY: 3 things UNICEF needs you to know to help children in conflict

A golden age for Dutch Masters


A golden age for Dutch Masters

More Sex is Safer Sex and Other Surprises

More Sex is Safer Sex and Other Surprises

at March 09, 2012
Email ThisBlogThis!Share to TwitterShare to FacebookShare to Pinterest A new study examining the top twenty most expensive cities in the world has been released with some perhaps surprising results.
While most of the places hard on the wallet were in Europe, it is Scandinavia where tourists are urged to watch their pennies most closely.
Following a survey of more than 23,000 travellers, carried out by numbero.com, the most expensive city for visitors (i.e. excluding rent) was revealed to be Trondheim in Norway.
This was followed by the city of Stavanger, also in Norway, with Switzerland’s cultural heartland Zurich completing the top three.
Based on 45 goods and services, the cost of living survey, which was carried out at the start of 2012 examined more than 241,000 prices.
The survey used New as the base city for the index and scores 100 points, with all cities compared the base and currency movements measured against US Dollar and Euro.
Tokyo (Japan) scores 135.23 points and is nearly three times as costly as Manila (Philippines) with 47.34 points.
In the 2012, the most expensive cities (excluding rent) were
at March 09, 2012
Email ThisBlogThis!Share to TwitterShare to FacebookShare to Pinterest

VIA
http://www.dutchdailynews.com/
A Dutch cheesemaker won the first prize at the World Championship Cheese Contest in Madison on Thursday. This announced the organization of the World Cup in the U.S. city of Madison. The winning cheese is made by Vermeer from Friesland Campina in Wolvega, The Netherlands.
The Dutch cheese beat two Swiss cheeses, and marked the first time in four contests the Swiss did not take top honors.
The contest, held every two years in Madison, typically draws more than 2,000 entries from nearly two-dozen nations. The three-day contest began on Monday, with judges grading 2,500 entries in 82 cheese and butter classes on flavor, texture, body and color. The second and third place went to cheesemakers from Switzerland.
http://www.dutchdailynews.com/dutch-cheesemaker-wins-world-championships-final-in-wisconsin/
at March 09, 2012
Email ThisBlogThis!Share to TwitterShare to FacebookShare to Pinterest

at March 08, 2012
Email ThisBlogThis!Share to TwitterShare to FacebookShare to Pinterest

at March 08, 2012
Email ThisBlogThis!Share to TwitterShare to FacebookShare to Pinterest

From the Netherlands to America: Translating the World's Best Bikeway Designs


From the Netherlands to America: Translating the World's Best Bikeway Designs from Streetfilms on Vimeo.

at March 07, 2012
Email ThisBlogThis!Share to TwitterShare to FacebookShare to Pinterest


KONY 2012 from INVISIBLE CHILDREN on Vimeo.


--
by INVISIBLE CHILDREN
http://vimeo.com/37119711
at March 07, 2012
Email ThisBlogThis!Share to TwitterShare to FacebookShare to Pinterest


Whose round is it anyway? The world’s best booze 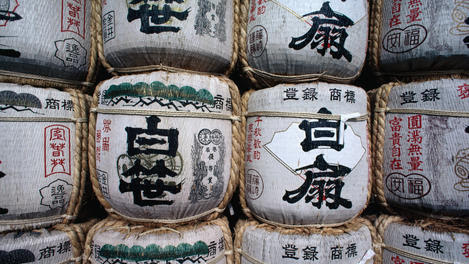 View gallery
Drinking the local beverage is a sure way to warm the hearts of the locals. Here is a selection of alcoholic drinks that make the effort of travel all the more rewarding.

Image by katclay
Called nihonshu in Japan, sake is a rice wine with an alcohol content of 15% to 17%. Prior to the first sake brewery being established at Kyoto’s Imperial Palace in the 7th century, sake was consumed in a form that resembled porridge, with the rice primed for production by the chew-in-the-mouth method. There are more than 1,600 brewers of this almost transparent alcohol, with varieties ranging from sweet to crisp and fragrantly fruity. Serving sake slightly chilled generally brings out its best qualities.

Image by ccharmon
It takes 119.5 seconds to pour the perfect pint. The famous ‘surge and settle’ should be executed in a two-part pour, served at 6°C (43°F). But the malt-and-caramel flavoured dark body (actually ruby coloured, rather than black) with a creamy head is worth getting right. Based in Dublin, the Guinness brew is a malt-heavy porter (dark, sweet ale brewed from black malt) – so called because it was the favourite beverage of porters.

Image by jonworth-eu
Someone once said: ‘beauty is in the eye of the beer holder’; if that’s the case, then Belgium is exquisite. It produces around 450 varieties of beer, with a specifically shaped glass for each, and some world renowned brews. The Trappist dark ales were first brewed by monks who fled France after the Napoleonic period. The best-known of them is Chimay – served in a goblet-like glass. Hoegaarden is a fine example of Belgian Witbier (white), distinguished by its pale golden colour, extra fizz, sediment and hint of herbs, such as coriander.

Image by plusgood
For instant bohemian, just add water. But ensure you add it a drop at a time through a sugar cube on a spoon placed over the glass of absinthe. This turns the emerald green 140-proof liquor a cloudy opalescent colour. Bohemians also burn sugar into their absinthe to mellow its bitter anise flavour. Made from wormwood, fennel and anise, the ‘Green Fairy’ has opium-like effects – the inspiration for many artists such as Van Gogh, Ernest Hemingway and Oscar Wilde. Banned in European countries during the early 19th century, governments now limit the level of thujone (an ingredient in absinthe likened to cannabis’ THC).

Image by Megan Mallen
The sought-after wines of Burgundy (Bourgogne) possess particular qualities attributable to the region’s 400 soil types. White Burgundy is essentially a chardonnay, with an added depth and delicacy courtesy of the limestone soil in which it’s grown, while red Burgundy is a gutsy pinot noir. To be classified ‘Burgundy’, the wine must be produced within the recognised region of the AOC (Appellation d’Origine Contrôlée) in the Côte d’Or. The region’s vineyards were originally entirely owned by the Church, then divided up among workers according to Napoleonic Inheritance Laws.

This simple three-step cocktail is composed of vodka, limes and sugar. In a short glass, muddle fresh limes with two teaspoons of sugar, add loads of crushed ice and then pour a good quality vodka over the lot. This is of course the vodka version of the popularly known caipirinha, made with cachaça. Though native to Brazil, you should be able to walk into many bars around the world and ask for one by name.

Image by nicksieger
Only two people know the secret recipe to produce this all-natural liquor (36% alcohol volume). The ‘chosen few’ are the only ones allowed into the ‘Drogikamr‘ where many herbs and spices are combined, placed in a sack, then steeped in alcohol for a week. The mixture is then combined with water and sugar and placed in oak barrels for two months. No-one can agree on a definitive flavour, but it’s traditionally served chilled, as a digestive.