The proposition behind the curve is that there is a normal curve that describes how a technology is adopted by a community, society, industry etc. The classic terms for the different parts of the process are:


Like many good ideas the adoption curve and the theory of the diffusion of innovation have many potential originators, but the classic form of the curve is the one published by Everett Rogers in 1962 in ‘Diffusion of Innovations’ (a book which has been updated regularly and now exists as Edition 5, published in 2003).

From my own experience there are two common mistakes that some marketers and some market researchers make, and which the researcher should watch out for.

2) There is an assumption that the adoption curve is predictive. However, the data about product adoption is subject to survivor bias (see TARSK 10). Products that have successfully diffused into a society, community, or industry tend to have followed the adoption curve. However, most products that are adopted by the innovators never get beyond that group, many products that are adopted by the early adopters never break through into the mainstream.

The link between the Tipping point and the adoption curve
It should be noted that the area under all normal curves (i.e. under all bell curves) produces an S-curve when plotted a cumulative distribution (also known as an ogive). At first the area under the left tail only increase slowly, then we get to the rapid increase in height of the curve, which sends the S-curve upwards, after the top of the bell curve the S-curve is still raising steeply, but it has started to rise less steeply, when we get to the right tail the S-curve has flattened out as it approaches it maximum (for example 100% if we assume everybody will eventually adopt this particular thing).

This link between a normal curve and the S-curve is illustrated below using the same scale for both the normal distribution and its cumulative frequency curve. 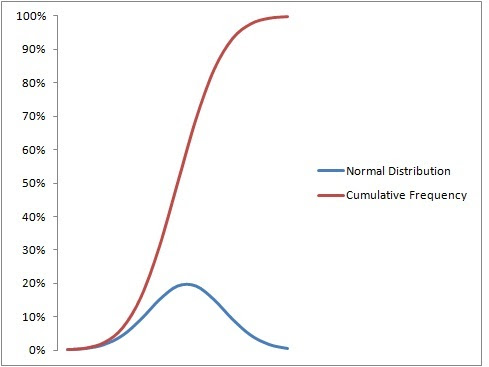 The steeply rising part of the S-curve is the tipping point that Malcom Gladwell popularised in his book. Again, the tipping point is not a prediction, it says that products that become adopted start by being adopted by a few, and if they are going to be successful will at some point rapidly spread to most of the people who are going to adopt them, and then the rate of adoption slows down. 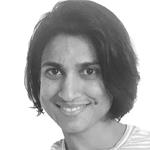